Basketball website from 35-year coaching veteran and father dedicated to helping coaches, parents and players of all levels and abilities improve their teaching,
programs, technical knowledge and skills, and ultimately, their overall experiences! 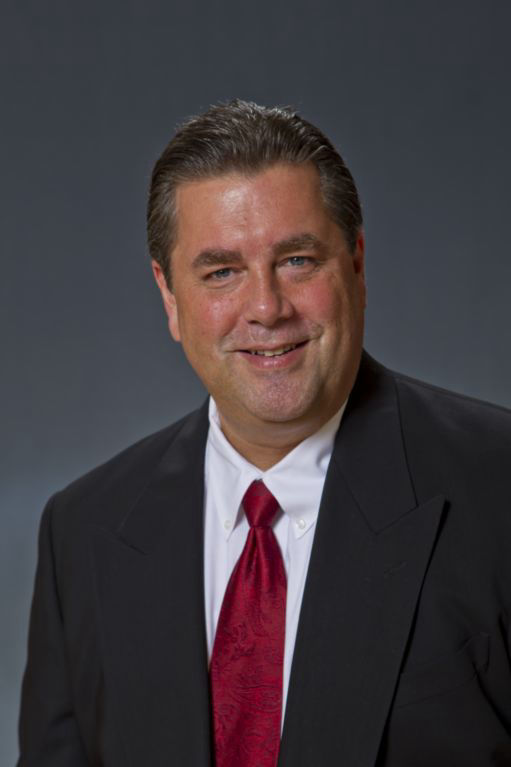 The City College of New York Department of Athletics announced the addition of Jamie Angeli as an Assistant Athletic Director for Marketing in December of 2011. From 2011 to 2019, Angeli has also served as an Associate Head and Head Women's Basketball Coach before stepping down from that position in March of 2019. In 2014, Angeli was promoted to the Associate Director of Athletics for Marketing position.

As head women's basketball coach, Angeli wasted no time in getting CCNY Women's Basketball back to relevancy. After his first season as head coach in 2014-15 was marred with injuries to several key players, Angeli's team bounced back his second season in 2015-16, posting a 17-10 overall record (11-5 conference) and a trip to the conference semi-finals for the first time since the 2001-02 season. It was also the first time since 2002-03 that CCNY WBB finished with a winning record. The turnaround was also 3rd best in the nation for NCAA Division 3 women's basketball teams that season. For his efforts during the 2015-16 season, Angeli was awarded the CUNY Athletic Conference Coach of the Year and the ECAC Metro Region Coach of the Year. Angeli is the first women's basketball coach at CCNY to win the COY award since the 1992-93 season and is also only the third women's basketball coach in school history to achieve this honor.


During the 2016-17 season and with only one returning starter, the Lady Beavers reached another milestone, making it back to the conference semi-finals for the second consecutive year, a feat that had not been accomplished since the '95-96, '96-97 seasons. With only 6 active players on the roster, the Beavers and their #6STRONG rallying cry won an incredible road victory against the higher seeded Hunter College Hawks to once again reach the conference Final Four!
The 2017-18 season brought another winning season to the Upper West Side of Manhattan campus, as the Beavers posted a 15-11 overall record and a 9-7 record in conference play. Unfortunately, this time around, they were unable to pull off the upset and reach their third consecutive conference final four, losing at Hunter College in the quarterfinal round.

The 2018-19 season was another successful year for the Beavers, adding to the overall win total from the previous season (16-11) and conference win total (10-6). Once again, the Beavers ended their season at the hands of Hunter College in the semi-finals, their 3rd appearance in the final four during the past four years.
Angeli recruited and coached 3 all-conference players (Tiara Brown, Ashley Brooks and Debra Chan), two Metropolitan Basketball Writers Association Division III All-Met Third Team members (Tiara Brown and Debra Chan) and one 1,000 point scorer (Debra Chan) during his five years as head coach.
Prior to arriving at City College, Angeli has amassed an impressive coaching resume all over the world and has included successful stops at the high school, college and professional levels. Most recently, Angeli was the top assistant women's basketball coach at NCAA division one Seattle University from 2009 to 2011. During the off-season at Seattle U, Angeli was an advance scout for the then WNBA Eastern Conference Champion Washington Mystics.
Angeli boasts over 35 successful years in the basketball profession as a player, coach, administrator, author and Internet entrepreneur.
The coaching community has recognized Angeli for his success in the basketball profession throughout his career. He has produced over 20 best-selling books and DVD’s on basketball as well as speaking at various coaching clinics throughout the country. Most notably, in the Spring of 2014, Angeli was selected to speak at the Assistant Coaches Roundtable during the Women's Final Four in Nashville, TN. In the Fall of 2017, he was selected to speak at the prestigious USA Basketball Coaches Academy.
As a professional men’s basketball coach overseas in the Middle Eastern Countries of Qatar and Kuwait, he owns a 112-25 overall record, including an unprecedented three consecutive league championships with Al Rayyan of Qatar. In addition, he led Al Rayyan to back-to-back Heir Apparent Cup Championships and Emir Cup Championships, and in 2005, the coveted Asian Cup Championship in Manila, Philippines. The first and only Asian Cup Championship in the club’s history.
Stateside he has worked for 13 years as an assistant coach in the NCAA division one ranks under several decorated head coaches, including St. John's Steve Lavin, South Florida's Stan Heath, Miami’s Jim Larranga, Green Bay’s Kevin Borseth, Seattle U’s Joan Bonvicini and former NBA and Bradley University head coach Stan Albeck, who have combined for well over 2,000 career victories.

Under Steve Lavin, Angeli and UCLA reached the NCAA Tournament five times, making it as far as the Sweet 16 four times. On Dec.18,1989, under Jim Larranaga, Angeli and Bowling Green handed then-No.25 Michigan State University its first defeat (81-79) in the newly-opened Breslin Student Events Center. On the return trip to Bowling Green, the Falcons defeated the then-No. 5 Spartans, 98-85, on Dec.1,1990 in Ohio. That same Bowling Green team reached the NIT post season tournament in back to back years while Angeli was an assistant coach.
A former Michigan All-State high school basketball player, Angeli continued his playing career at the University of Wisconsin-Stout. He graduated from Wisconsin-Stout in 1985. Angeli began his coaching career during the 1986-87 season as the head boys' basketball coach at Kingsford High School (MI). Since that time, Angeli has made collegiate assistant coaching stops at Michigan Tech University in Houghton (1987-88), Bradley University in Peoria, IL (1988-89), Bowling Green State University in Bowling Green, OH (1989-91), Lake Superior State University in Sault Ste. Marie, MI (1991-94), UCLA in Los Angeles, CA (1997-2003), University of South Florida in Tampa, FL (2007-08) and Seattle University in Seattle, WA (2009-2011).
Angeli also worked 3 years as a head boys basketball coach at Norway High School (1994-97), winning a district championship for the first time in 20 years. Kingsford High School, Norway High School, Michigan Tech and Lake Superior State University are all located in Michigan’s Upper Peninsula.
Jamie Angeli by the Numbers:
As Head High School Boy's Coach: 43-43 .500
As NCAA Div. 1 Men's Director of Operations: 121-70 .634
As WNBA Advance Scout: 22-14 .611
As Division 1 Men's Assistant Coach: 48-38 .558
As Professional Head Men's Coach: 112-25 .818
As NCAA Div. 3 Head Women's Coach: 66-68 .492
Overall Head Coaching Record: 221-136 .619
The native of Iron River, Michigan is the father of twin boys, Riley & Steven (25). Angeli was married to Christy Tomlinson from Saugautuck, Michigan on July 5, 2002. Together they have a son Jacob (15), a daughter Jordan (16), and a stepson Joshua (27).